The FCC has recently taken a stronger stance against telcos, reclassifying broadband Internet as a public utility and blocking Comcast’s acquisition of Time Warner Cable, among other moves. But its approval of the AT&T-DirecTV deal shows that it isn’t going to obstruct industry consolidation entirely.

The merger is a spot of good news for AT&T, which revealed in its latest earnings report this week that it had lost customers for most of its consumer-facing services. Last quarter, the company shed 200,000 wireless phone customers, 652,000 fixed line phone customers, 136,000 DSL customers, and 22,000 U-Verse video subscribers. But what it’s lost in its more traditional businesses it has more than made up for in new viewers. Maybe the second “T” in AT&T should now stand for television.

We called on a Wednesday to see if there was any way to get NFL Network added into our lineup for a game that would be showing the following night.  The game was Green Bay vs. Dallas, and we had some child patients that were […]

Kudos to NationSat – a company that delivers what they say they are going to deliver! In the past 20 years, I have been fortunate enough to experience NationSat from two different viewpoints, first in the skilled nursing sector and now as an independent owner. […] 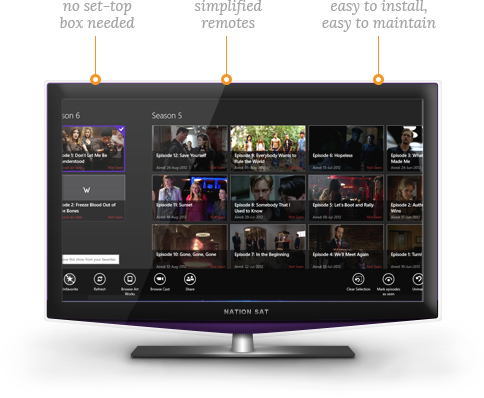